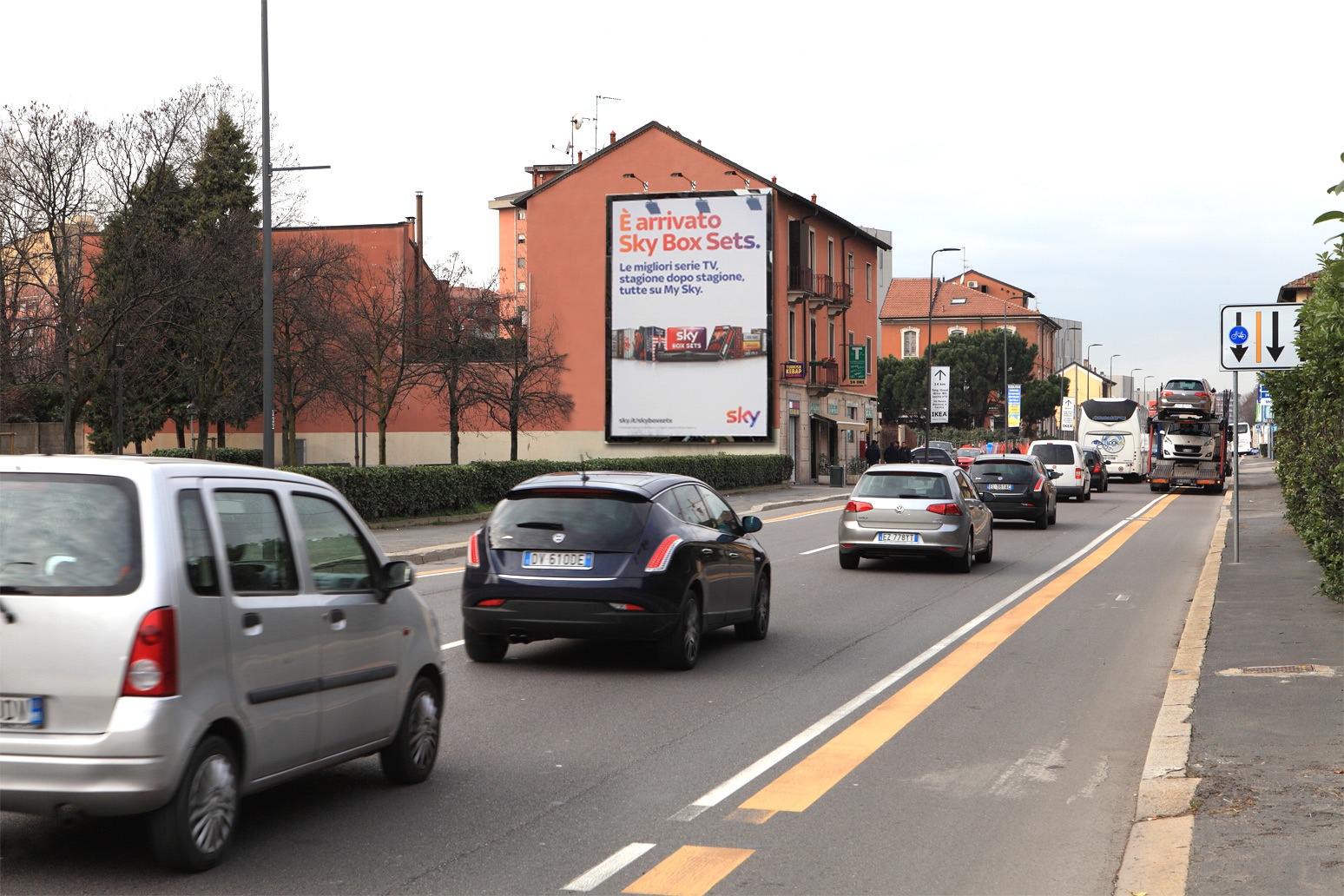 The installation is located in 389 Gallarate street, one of the main artery, which connects the ways to and from Rho Exhibition centre, beltways, highways to Malpensa airport, Switzerland, lakes and Tourin. This massive installation is located facing the traffic. Its position has a great impact on travellers, and it ensures a high number of daily contacts and connections from all the towns of the west suburb area of Milan. 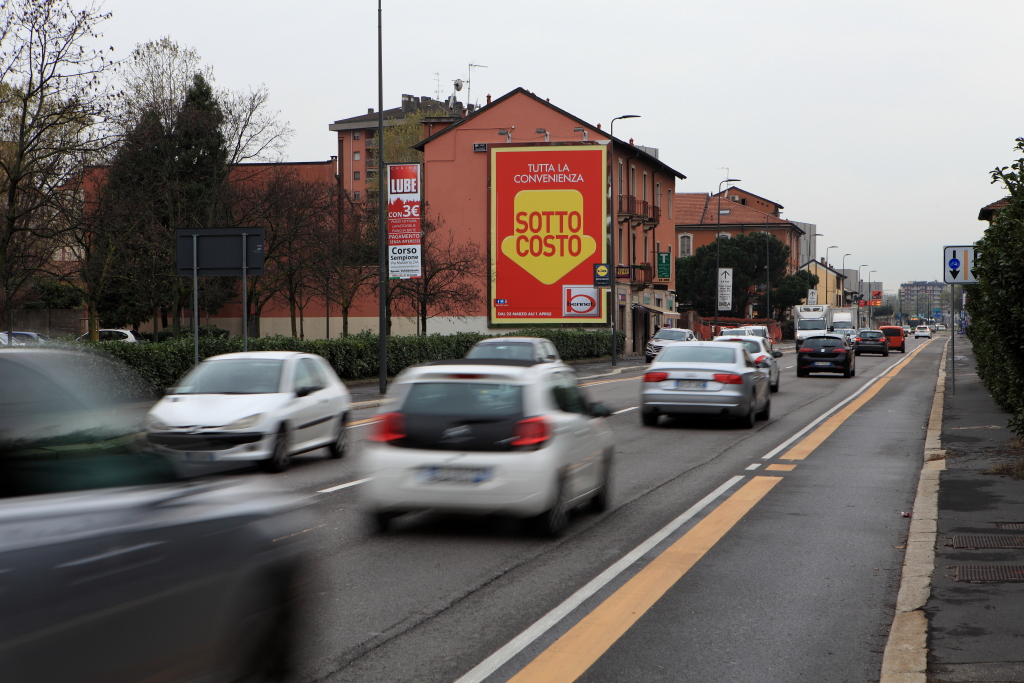 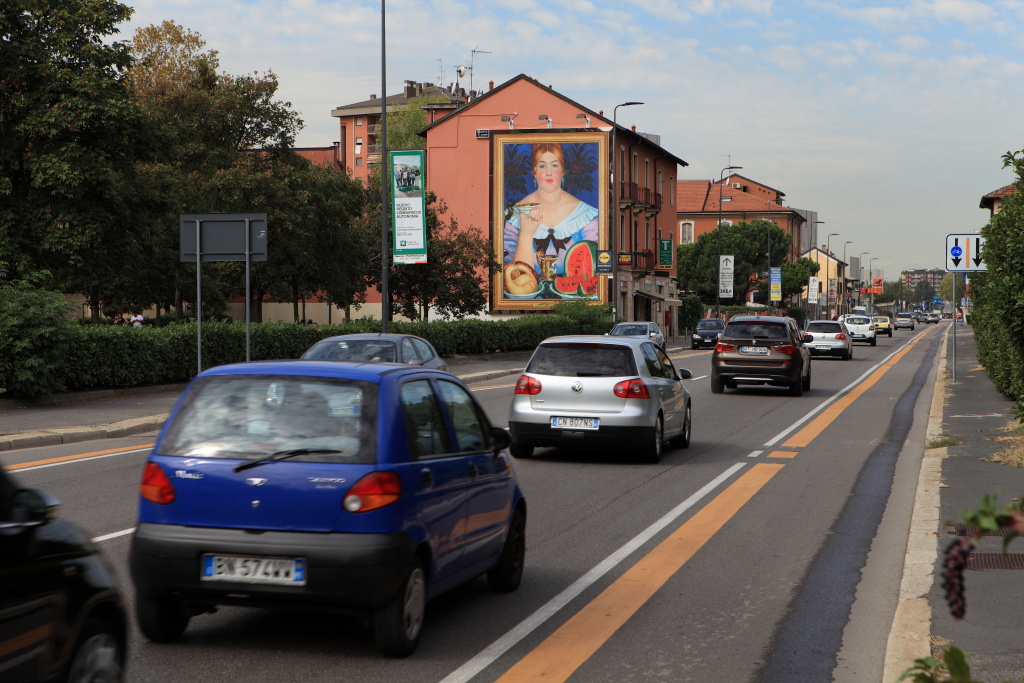 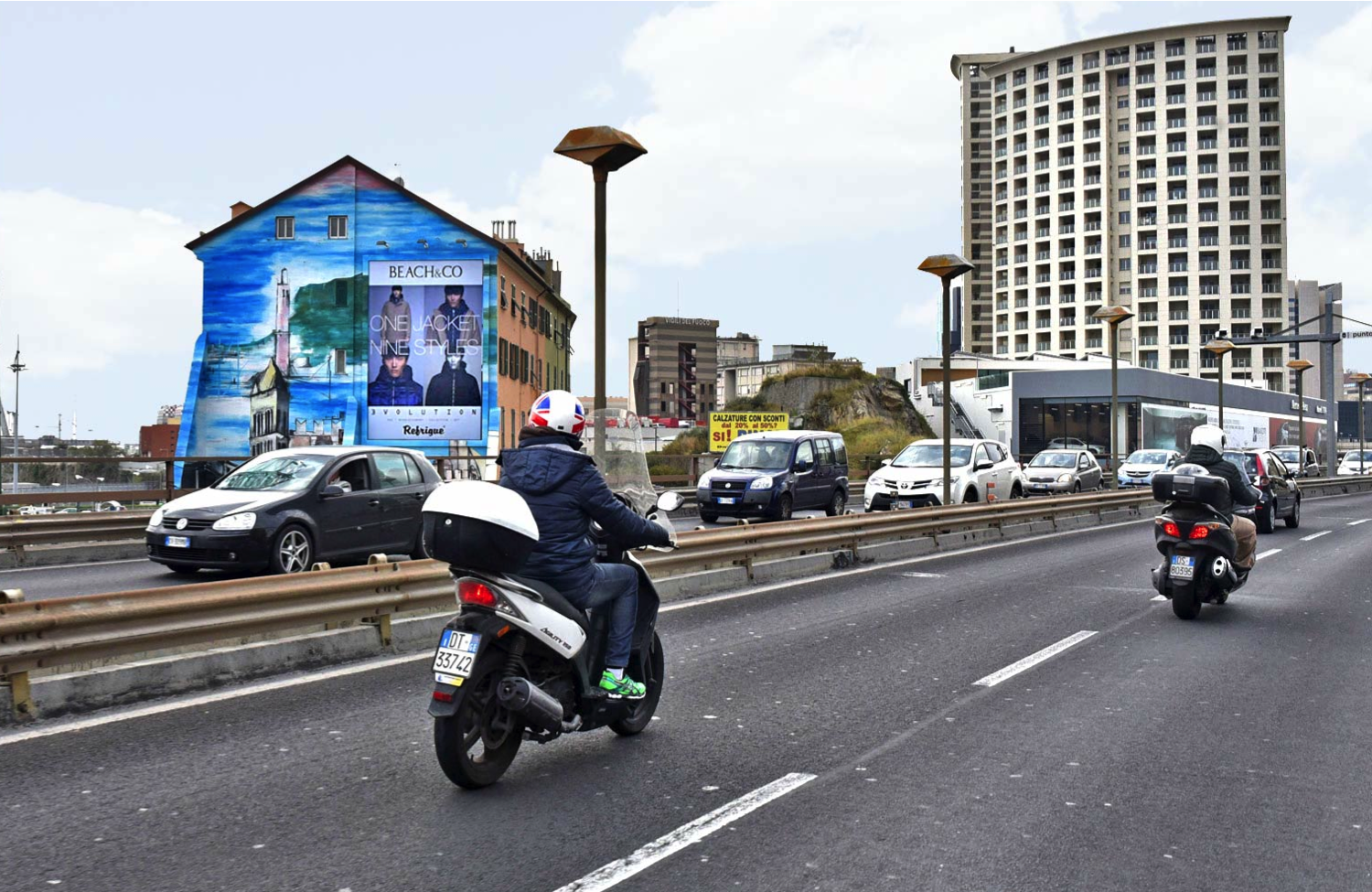 The installation, which is visible from more than one kilometre from the city causeway, has a stunning visual impact on viewers. ts position, which is on a vehicular axis that connects the eastern and western part of the city, it’s an ideal spot, and it ensures a high number of daily contacts and connections.

Also, the installation size, shape and format give a top-notch an extended visibility. 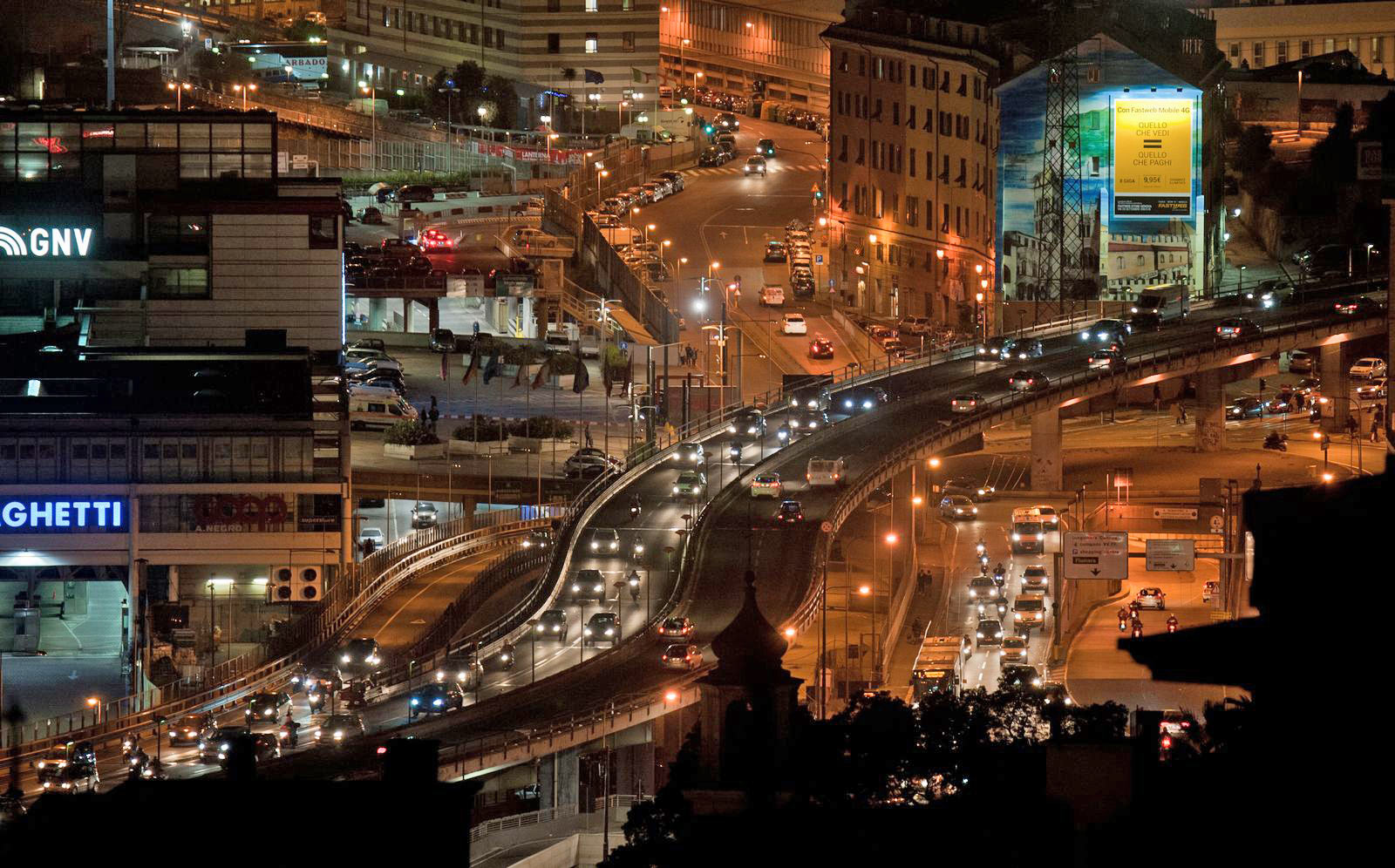 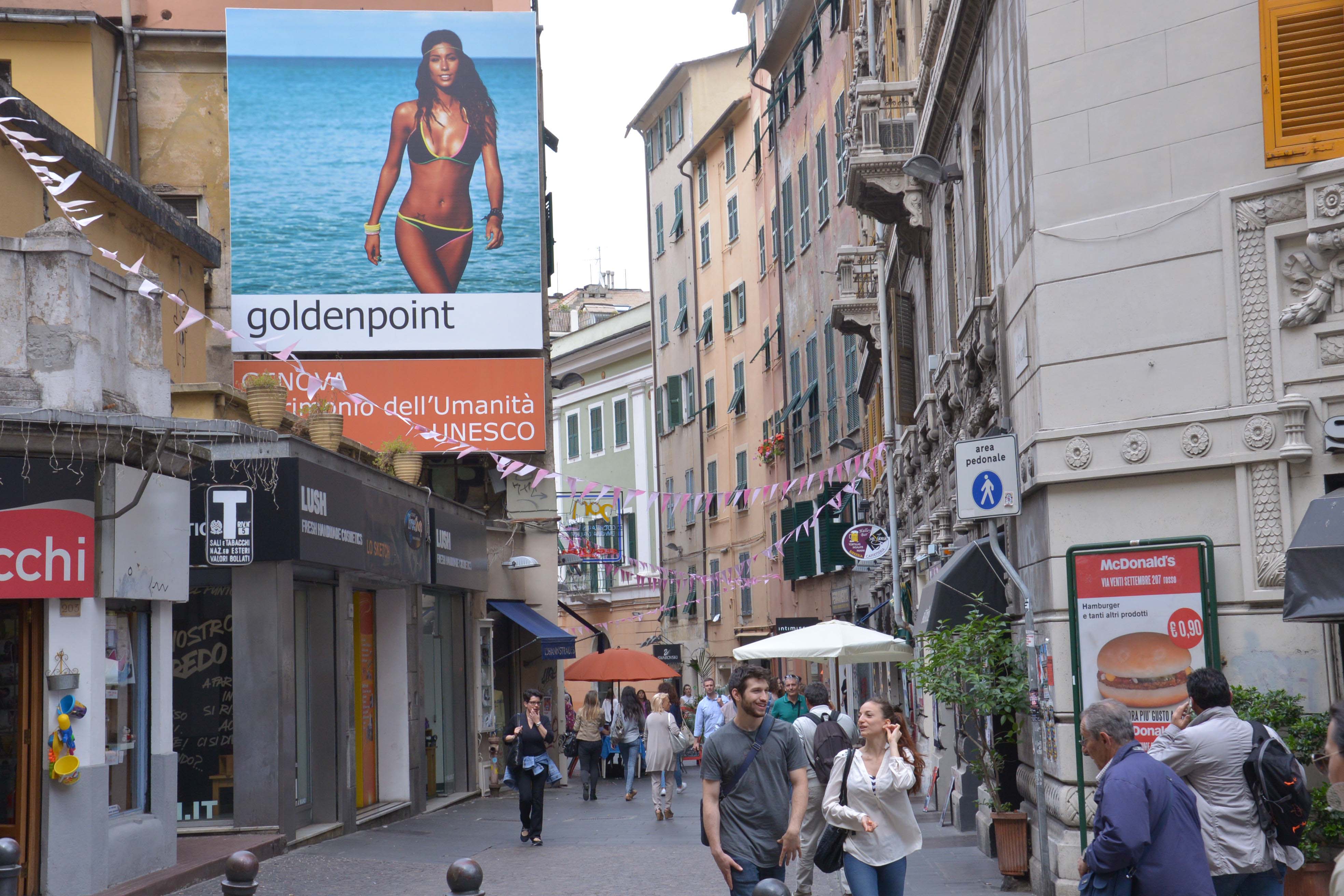 This maxi billboard is situated in the beginning of Via San Vincenzo that is in the city centre, where the pedestrian area of the city starts. It is placed between Via San Vincenzo and via XX Settembre, and it is is visible also for vehichles that transit in this road where the traffic is always congested and have to stop in this crossroad due to a traffic light. Via San Vincenzo is the only pedestrian area of the city, important for shopping, restaurants and for the entrance of the Oriental Market. It is popular for Genoeses and for tourists too. This is the only maxi billboard in a such central place of the city. 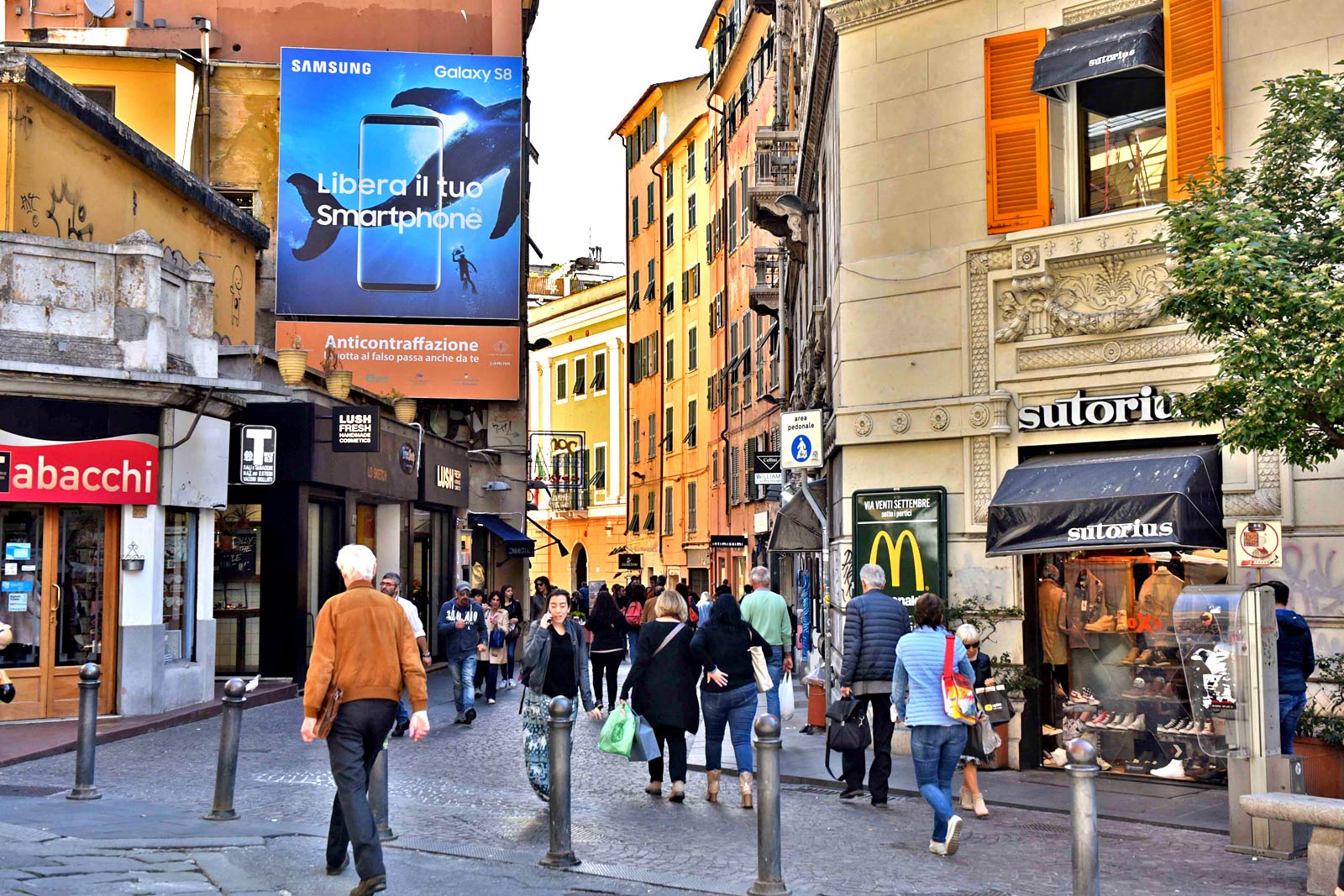 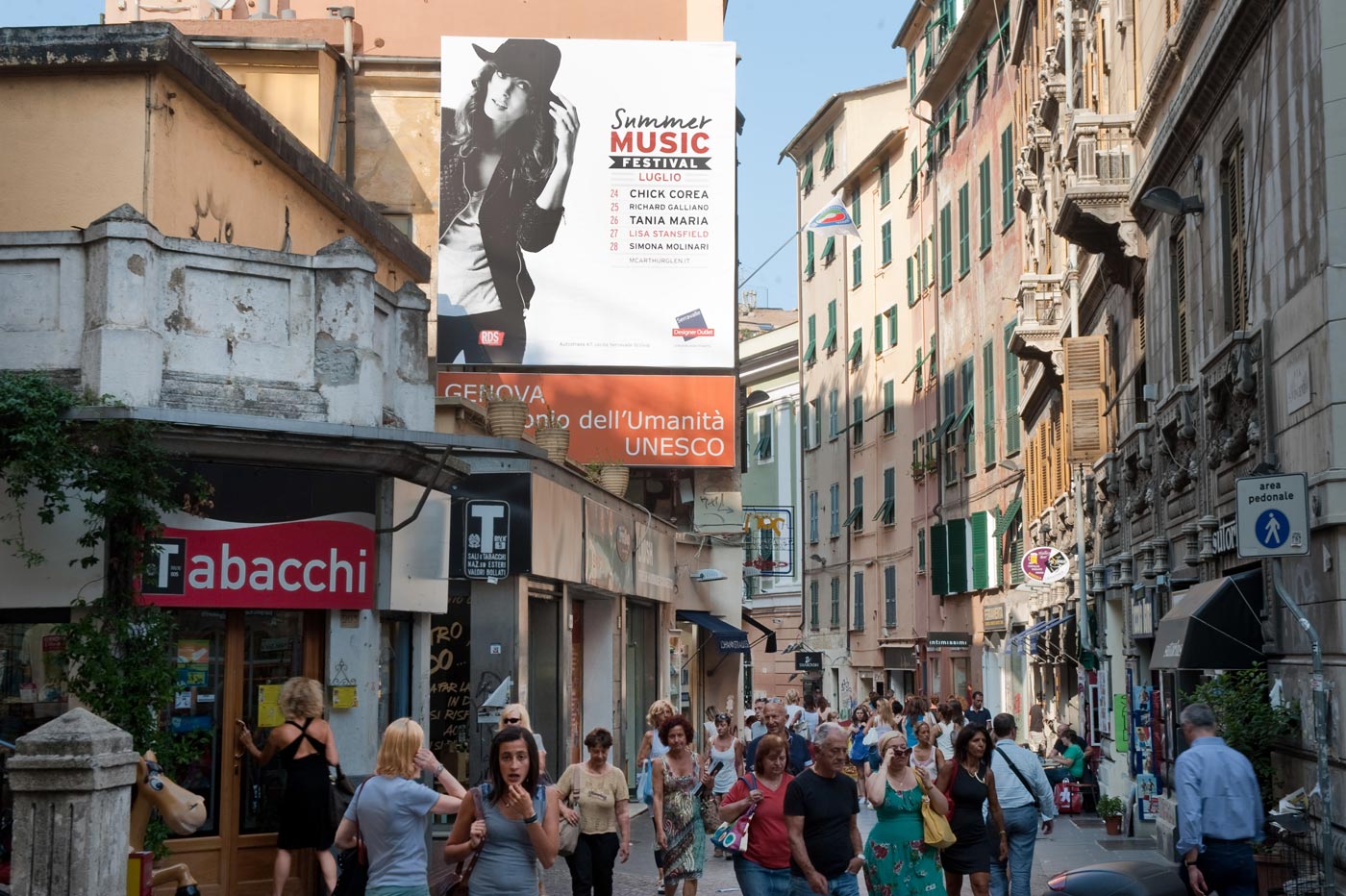 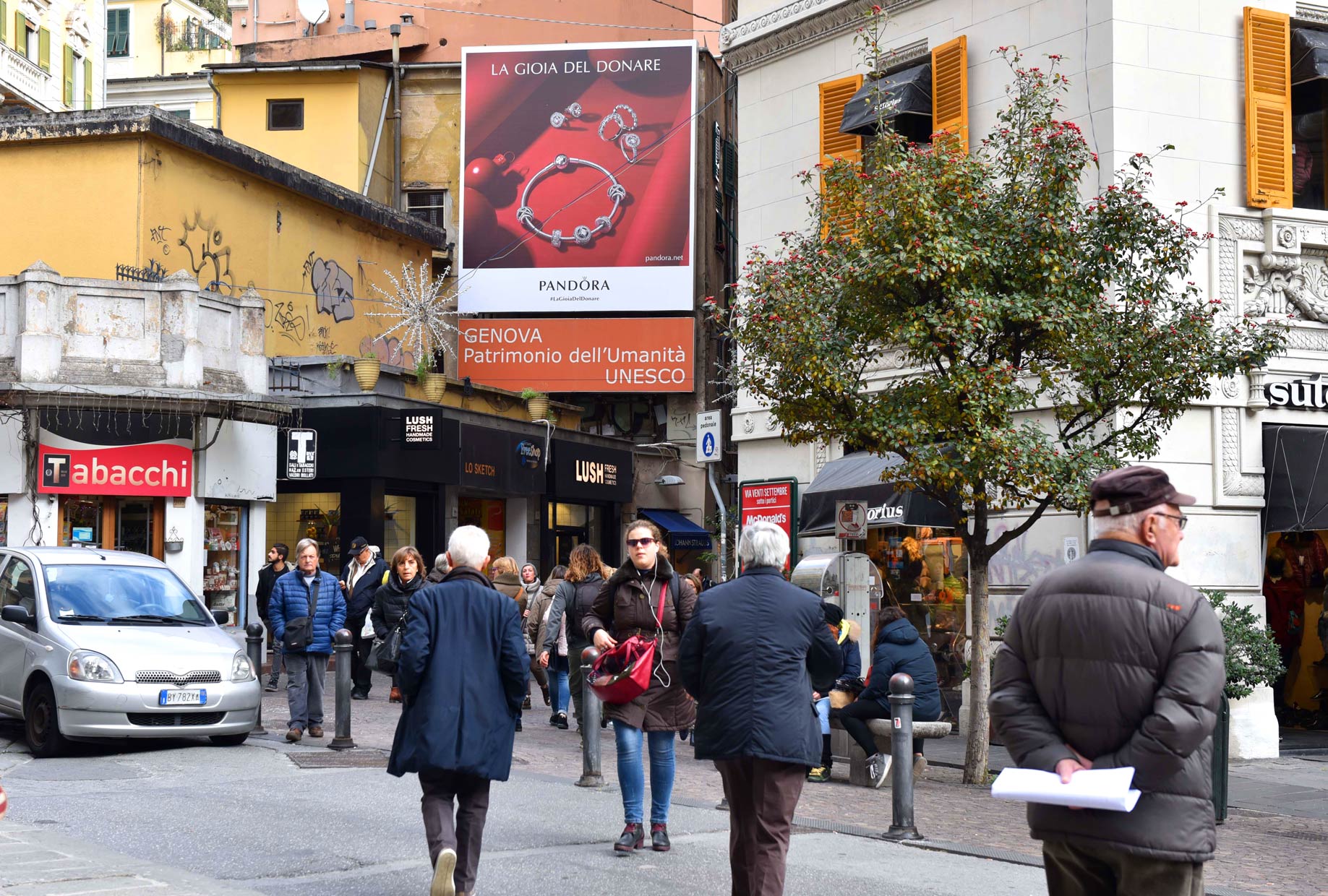 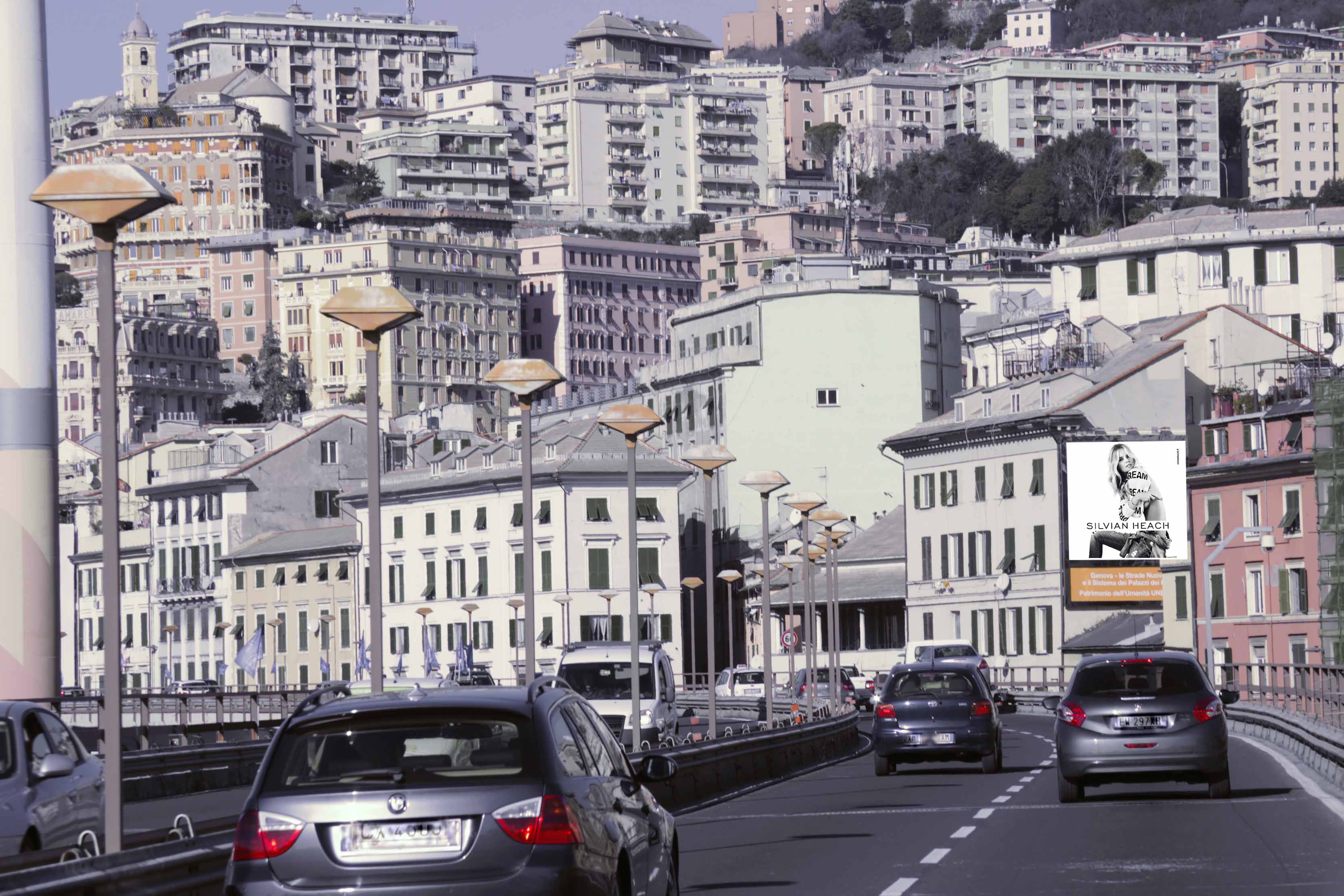 Gramsci – from the metro entrance and from the Galata Museum – this billboard is visible from the sea and by every vehicle driving towards the Aquarium, the “Magazzini del Cotone” and the Renzo Piano’s EXPO, where there are a big multiplex cinema (The Space) and many attractions including restaurants, pubs, swimming pools, etc.. 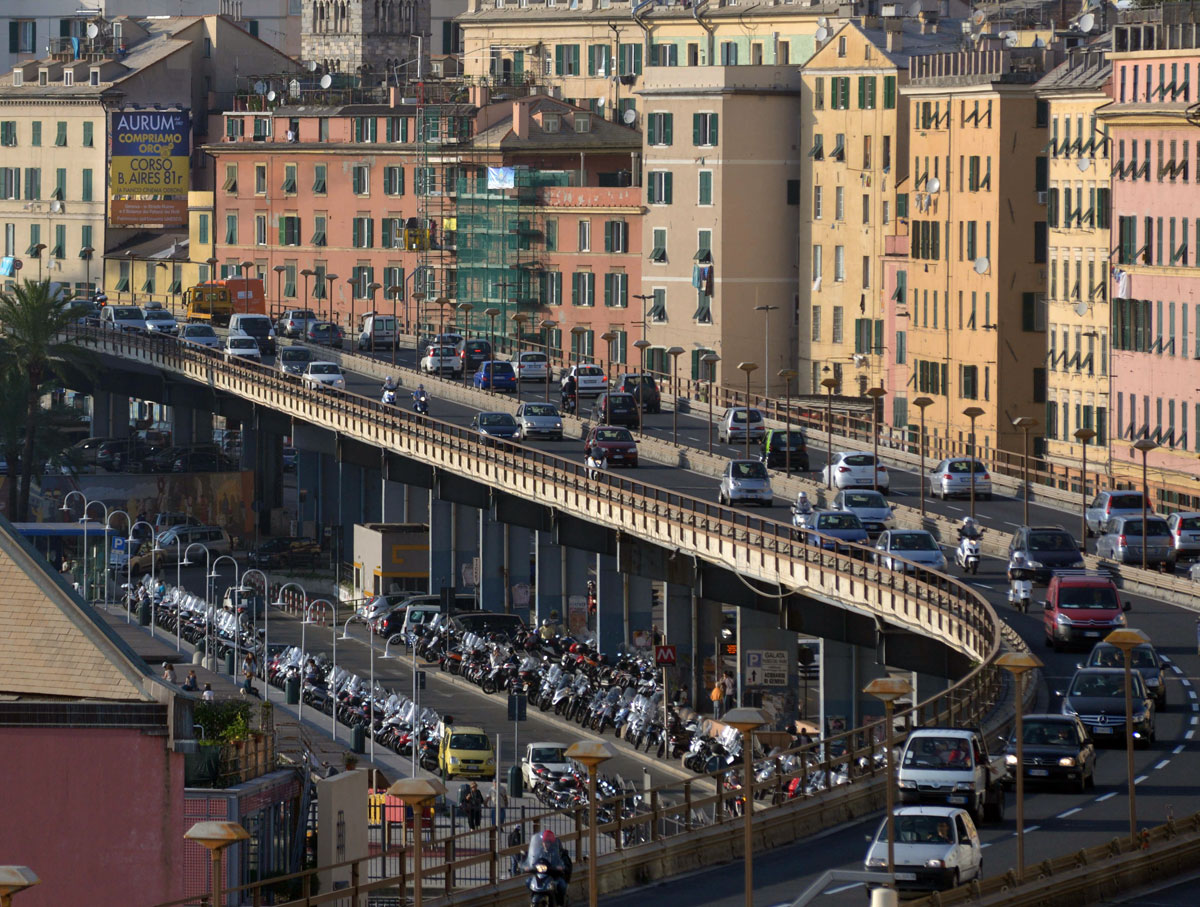 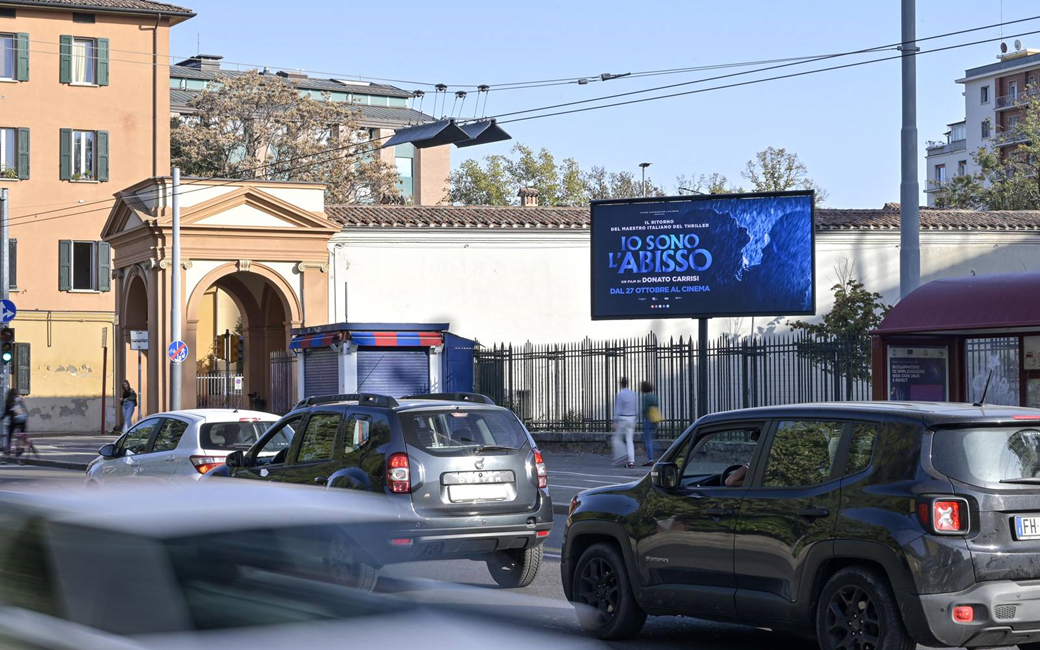 The dall’Ara Stadium is the main sport facility of Bologna. Every week thousand of fans and over 50.000 people during events and concerts held in the stadium. The structure is situated in proximity of the Certosa di Bologna and it’s right next to one of the major street that leads to Bologna’s historic center, that grants this billboard a great visibility also by the vehicular traffic. The LEDWALL is located  a few steps from the historic center of the city, it is installed inside the famous “Giardini Margherita park”, overlooks the ring road, the most important and busiest artery in the city.

The Giardini Margherita park is the historical public park of Bologna. Opened in 1879 with its 26 hectares of land it is the ideal destination to relax, rest and rediscover contact with nature a stone’s throw from the chaos of the city.

The ring road boulevards surrounding Bologna are bordered by the old medieval walls which, thanks to 10 “gates”, allow entry to the historic Bologna  city center.

In addition to the intense car traffic, inside the median there is the “Tangenziale delle Biciclette”, a bi-directional cycle path used by thousands of bicycles every day.