Milan is design, fashion, innovation. All these city’s perspective can be found in the historical Corso Como, near the new city area, heart of the nightlife and the trendy shopping. We decided to bring Videomapping and Maxi Billboard here together. The activity conceived and planned by Cheil for Samsung, realized by One and on air for two months, was developed around a Maxi Billboard of over 120sqm with institutional creativity. The videomapping, on air from 5pm, was enhancing the product details, also describing an unpublished case history. A history of places, people and emotions. The new Samsung Galaxy S6 edge + was the protagonist. All this thanks to a coherent and charming storytelling. The installation reached its dual goal: a highly sophisticated communications which created buzz and curiosity around the project. 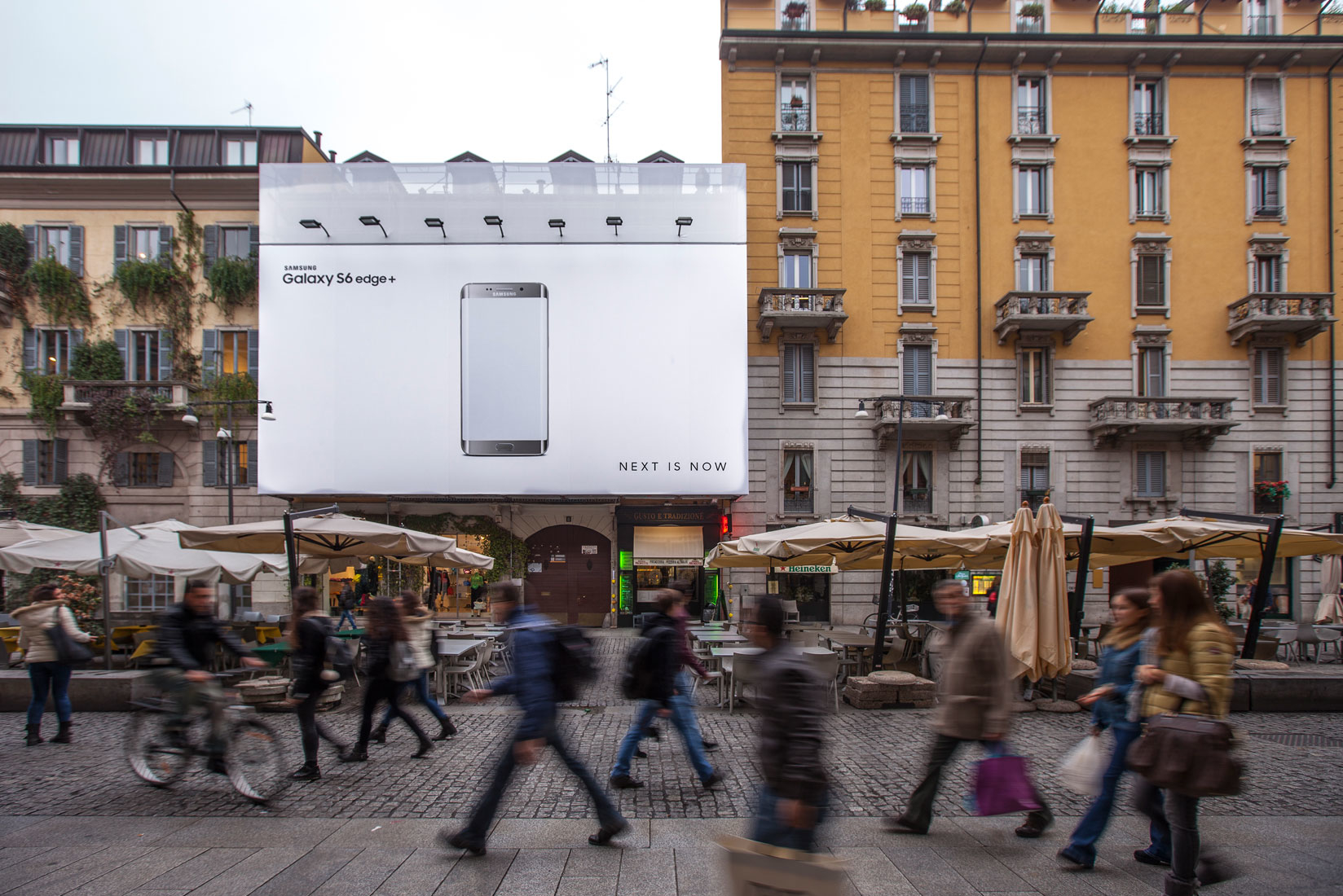 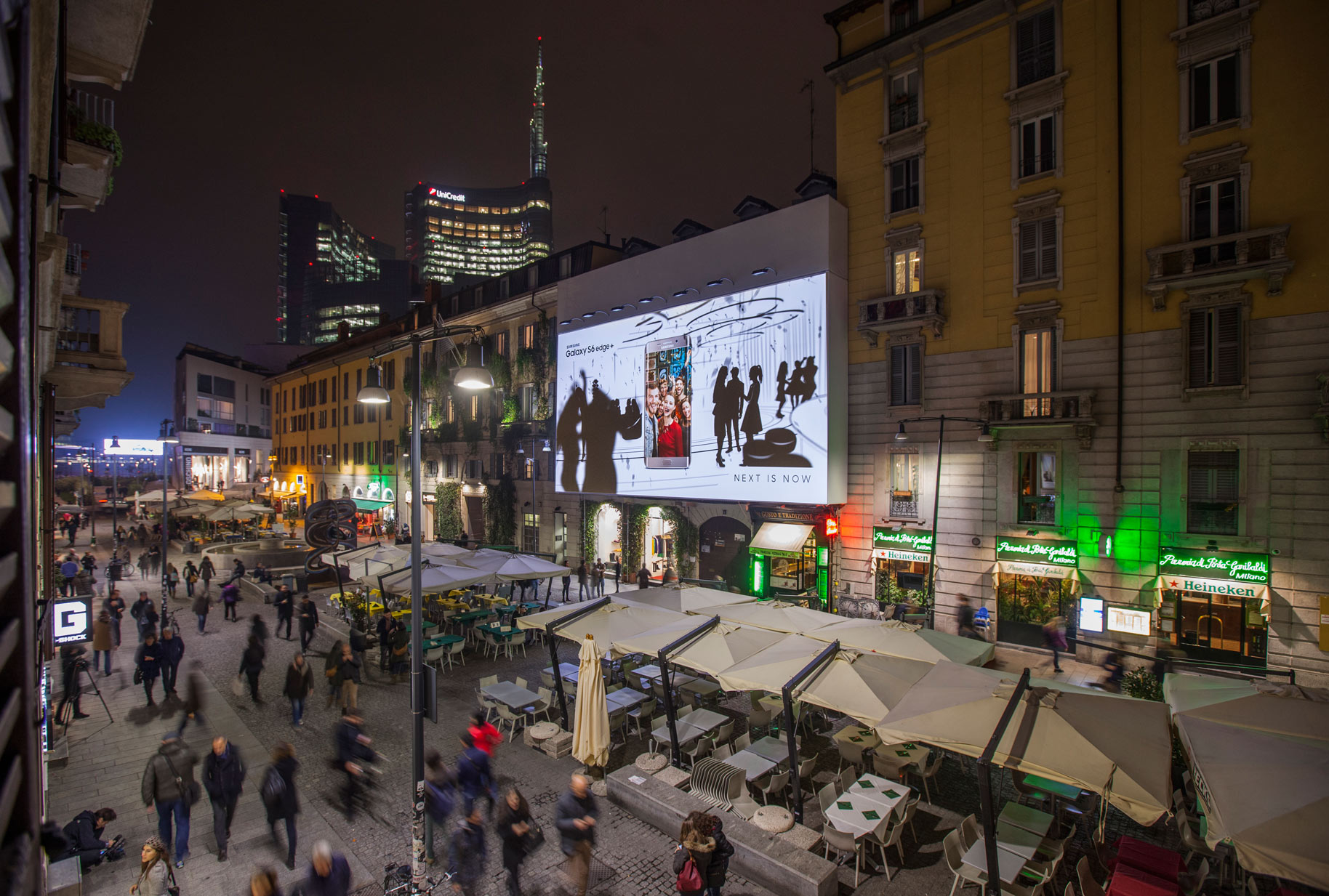 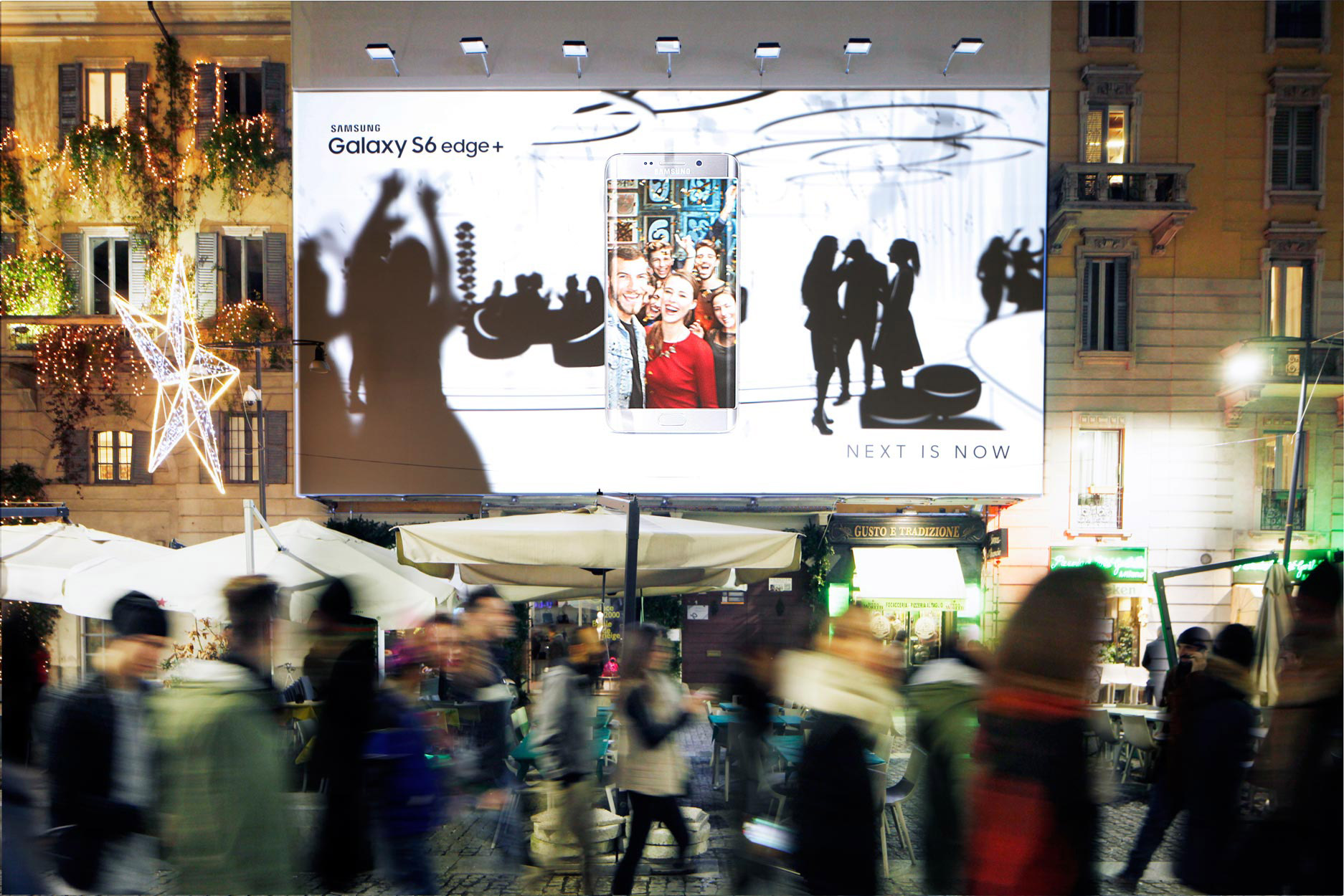